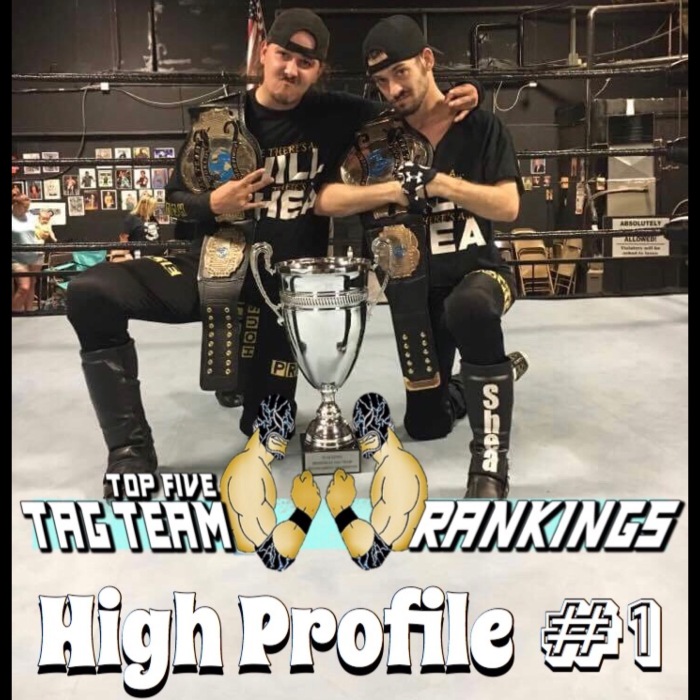 #1 High Profile (Shea Shea McGrady & Will Demented)-What a breakout week for the team of High Profile who put themselves on the Map after becoming the NEW APW Tag Team Champions and winning the Tom Estes Memorial Tag Team Tournament. They defeated Sons of Steel (Boomer Payne & Brice Anthony) in the first round, then defeated Deon Johnson & Sweet Dreamz in the semifinals, and defeated James Drake (US) and Rob Killjoy in the finals on 5/20 to win the tournament & the titles. They then defeated Ace Austin & Malakai Matthews at PWX 5/21 to go 4-0 for the week. Their work wasn’t finished there as they collected 46 votes in the online voting competition to come in third in the fan voting. They were unanimous #1’s among the official voters as they now put themselves in the position for perhaps future rankings.

#2 Catch Point aka Doom Patrol/Team Pazazu (Chris Dickinson & Jaka)-The former #1 Tag Team in The Tag Team Top 5 and current EVOLVE Tag Team Champions continued their success over the weekend with two successful title defenses. First, they defeated Isaias Velazquez & Matt Knicks at EVOLVE on 5/20 to retain the titles and then defeated The High Flyers (Jason Kincaid & Austin Theory) on 5/21 to retain again to go 2-0 for the week. This is a team who has really hit their groove together in 2017 and with them now having a #1 and a #2 ranking to their credit, they should be a major player in this year’s Tag Team Top 50.

People’s Champs. Oliver Street Express (Andrew Cravatta & Randy Philbrick)-The Empire State Wrestling Tag Team Champions make their mark in the Tag Team Top 5 as they picked up a HUGE win over the weekend when they defeated Rochester Wrecking Crew (Hellcat & Rob Sweet), Hate Brigade (Bobby Sapphire & Roscoe Black) and To Infinity and Beyond (Cheech & Colin Delaney) on 5/20 to retain the titles in a four-way. They took that momentum and parlayed it into their first People’s Champs award as they collected 96 votes to win the online voting competition by a 30 vote margin. You’ll want to check this tag team out on Facebook here: https://www.facebook.com/OliverStExpress 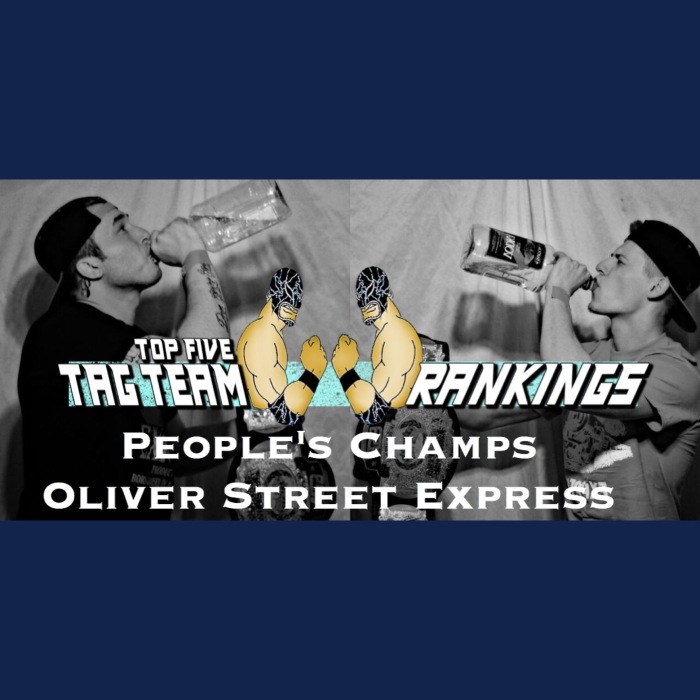 Middlesex Express-#2 in the online voting competition with 66 votes

You can listen to the Indy Power Rankings Reveal/Carolina Corner here: http://www.blogtalkradio.com/elitepodcastnetwork/