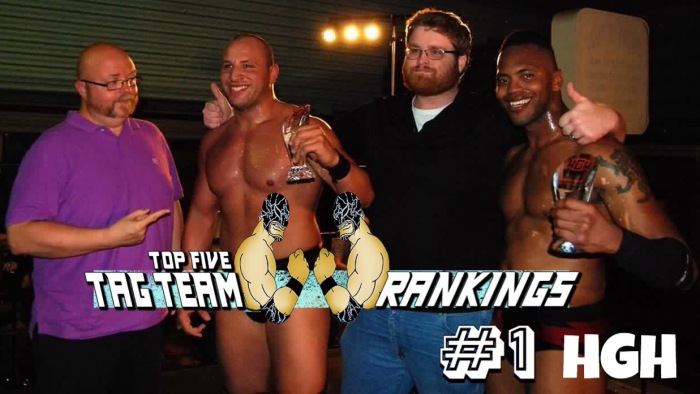 #1 HGH (Tony Nas & Roy Gordon)-This is one of those weeks where the Indy Power Rankings official voters and the fans have to agree to disagree. The fans didn’t give any votes to this tag team, but if you look at what they accomplished over the weekend, you’ll see why they had a clean sweep of the official voters this week. They competed in and won the William L. Lavin Memorial Tournament at UGW on 6/11 where they defeated UGW Tag Team Champions The Church (Jesus Bryce & Acid Jaz) (non-title) in the quarterfinals, then defeated Order 66 (Barry Ryte & Marcus Conrad) in the semifinals, and then defeated The Will to Win (Brendan Conway & Craig Mitchell) in the final to win the tournament. This ranking isn’t just their first #1 ranking, but their first ranking in general. If this is a sign of things to come for the Hot Girls Heroes, it could shape up to be one hell of a ride. Check them out on Facebook here: https://www.facebook.com/Superiority-Complex-1479170245731173/

#2 Catch Point (Drew Gulak & Tracy Williams)-It was quality over quantity for the EVOLVE Tag Team Champions this past week as they defeated former #1’s in the Tag Team Top 5 The Bravado Brothers (Harlem & Lancelot Bravado) on 6/10 to retain the titles. As usual, the EVOLVE Tag Team Titles carry a certain amount of weight with our official voters and a victory over a former #1 just helped to solidify their #2 ranking this week. Catch Point are already having a great year together and it looks like it’s only onward and upwards for “Hot Sauce” and Gulak as they continue to defend the titles with victories together in EVOLVE.

#3 Team IOU (Kerry Awful & Nick Iggy @TeamIOU)-It may not seem like it but this is a VERY important ranking for Team IOU with the 2016 Tag Team Top 50 Mid-Year Update just around the corner. With a true battle for the #1 spot in the Tag Team Top 50 up for grabs, Team IOU came away with a big ranking after a 2-0 week. They teamed with Chris Crunkk & Sylar Cross at AWE on 6/10 to defeat The Hierarchy (Jimmy Rave, Chip Day, Murder One & Adrian Armour) and then teamed with Sylar Cross at UIW on 6/11 to defeat The Hierarchy (Chip Day, Murder One, and Adrian Armour). The Carnies just continue to build momentum as they head towards some of their bigger bookings of their career. This tag team is still at or near the top of the indies and it appears that it will be very difficult for any other team to derail them. They were also #2 in the online voting competition with 73 votes.

#4 Chico Adams & Rex Bacchus-Rex Bacchus once again pops up in the Tag Team Top 5 write-up with another partner as he and Chico Adams combined to go 2-0 as a team over the weekend. They defeated CT Brown & Russell Payne at OPW on 6/10 and then defeated CJ Connors & Taylor Rodriguez at CWE on 6/12 to finish the weekend undefeated as a team. Both have been very impressive in Florida with various partners (and in singles) and it looks like their teaming could be something that could really produce some quality wins if they continue to go that route. Keep an eye on them to see what happens with them as the year rolls on.

#5 VerserK (Naruki Doi & Shingo Takagi)-As per the norm, the Tag Team Top 5 generally features a team from Dragon Gate. That team this week is VerserK as they went 3-1 with a very solid week in Japan. They defeated Monster Express (Big R Shimizu & Masato Yoshino) at Dragon Gate on 6/8, then defeated Over Generation (CIMA & Gamma) on 6/10, then teamed with Kotoka on 6/11 to lose to Tribe Vanguard (BxB Hulk, Kzy & Yosuke Santa Maria) and then bounced back as they defeated Jimmyz (Jimmy Kagetora & Jimmy Susumu) on 6/12. VerserK are starting to make a push as the top Dragon Gate stable with multiple inclusions in the Tag Team Top 5 recently. 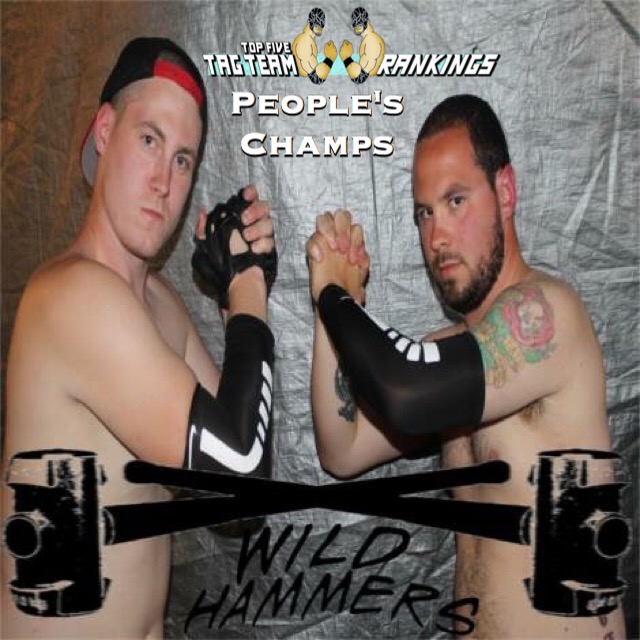 The Will to Win

Beauty and the Beast