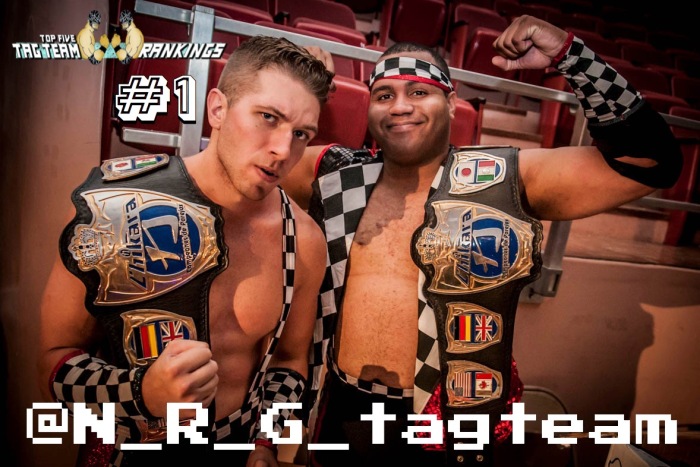 #1 N_R_G (Hype Rockwell & Race Jaxon @N_R_G_tagteam)-The CHIKARA Campeonatos de Parejas have been questioned in the past in the rankings with the debate as to whether they could hold the titles for a considerable amount of time. They continue to prove themselves and with one great title defense on 5/30 they earned their first #1 ranking as a team. They defeated The Batiri (Kodama & Obariyon), Los Ice Creams (El Hijo del Ice Cream & Ice Cream Jr) and The Colony (Fire Ant & Soldier Ant) in an elimination match in the UK on 5/30 to retain the titles. This is one of the rare occasions where a team with just one victory gets the #1 ranking, but if you stack their ONE victory up against other teams, you’ll see that this #1 ranking is well-deserved for CHIKARA’s current top team.

#2 Tennessee Timebombs (Big Rig & Cody Raines)-The NEW Glory Pro Tag Team Champions get their first ranking as a team as the duo teamed to become Inaugural Champions with a 2-0 record to crown the champions on 6/3. They defeated Wild Party (Chris Livingod and Derek Hill) in the semifinals and then defeated The Lords Of The Ring (Drake Zavior & Zach Cooper) in the finals to win the tournament for the titles. This tag team is part of the resurgence of Tennessee wrestling as teams like Team IOU continue to make a name for themselves. Look out for the Timebombs as this is one hell of a first time ranking for the team.

#3 Da Hit Squad (Monsta Mack & Dan Maff)-DHS just continue to win and get themselves ranked as they are really pushing hard for the top spot in this year’s Tag Team Top 50. The CZW World Tag Team Champions have a lot of contenders to deal with as the year continues to shed light on good new tag teams. They earned their ranking this week after they fought to a No Contest vs. The Dark City Fight Club in a Dream Match on 6/4 and then defeated Team Lucha in another Dream Match at FSW on 6/5 to go 1-0-1 for the week. Had they scored the win over DCFC they likely would be looking at their 3rd #1 ranking this year, but as it stands, they sit at #3.

#4 The Dazzler Team (Darrell Allen & Earl Black Jr.)-We’ve got another first time team to the Tag Team Top 5 as The Dazler Team defeated Sweet Jesus (Chuck Mambo & William Eaver) at Progress on 5/30 in a #1 contenders match and then defeated Mountain Stew & Muscles Manfield at IPW:UK on 6/4 to go 2-0 for the week. Both wins were solid, but if The Dazzler Team really want to make some progress (no pun intended) in the Tag Team Top 5 they’re going to have to cash in that #1 contendership and grab some titles to go with their victories that are now starting to pile up. Time will tell if they can start collecting some gold.

#5 Team IOU (Kerry Awful & Nick Iggy @TeamIOU)-Well, The Carnies are back and not a second too soon. Team IOU are currently battling it out with the likes of Roscoe Eat Lisa, The Best Friends, The Hooligans, and Da Hit Squad for the top spot in this year’s Tag Team Top 50 and this ranking will help their cause. On 6/4 at PWF they defeated some old foes in Sound & Fury. This was their only victory this past week, but with the reputation they’ve established for themselves, it wasn’t that hard to make an argument for them to re-enter the Tag Team Top 5. Now with some momentum back on their side, perhaps they can get some gold once again? They’ve been spreading the news that big announcements are coming. One can only hope that even bigger promotions have their eye on the former Boy and his Dog.

People’s Champs. Bad Guy Inc.-This tag team defeated Gentleman’s Club and K9 Karnage in a Triple Threat Match at Sunbelt on 6/4 to get on the poll. Their fans took care of the rest as they collected 204 votes before the poll finally cut off. Looking at the poll it appears that Beer: 30 actually won the competition with 216 votes but at 10 PM EST when the poll’s technical cut off was, it was Bad Guy Inc. who had the lead. That being said, give props to both Bad Guy Inc. and Beer: 30’s fans as both teams earned their way into this write-up. You can follow them on Instagram at @badguysinc and like them on Facebook at https://m.facebook.com/pages/Bad-Guys-Inc/1538342979748777 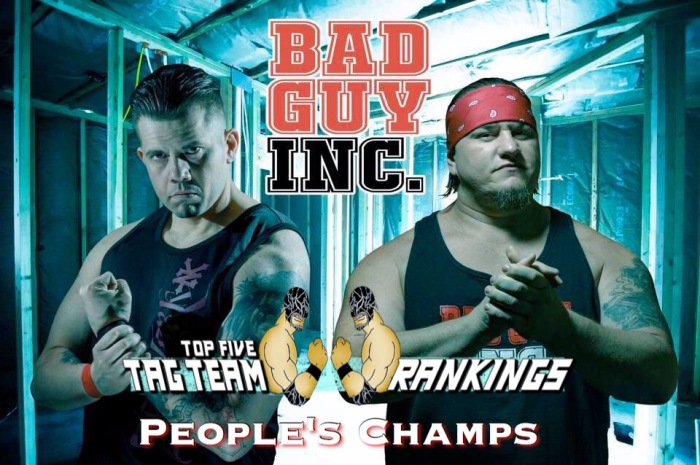 Beer: 30-#2 in the online voting competition 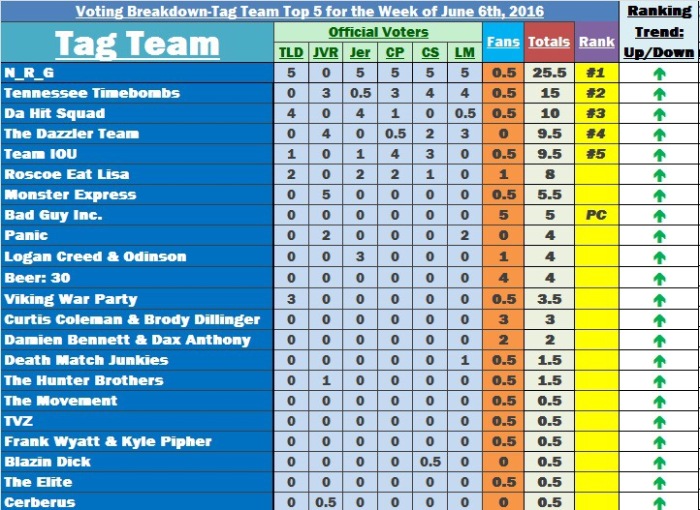 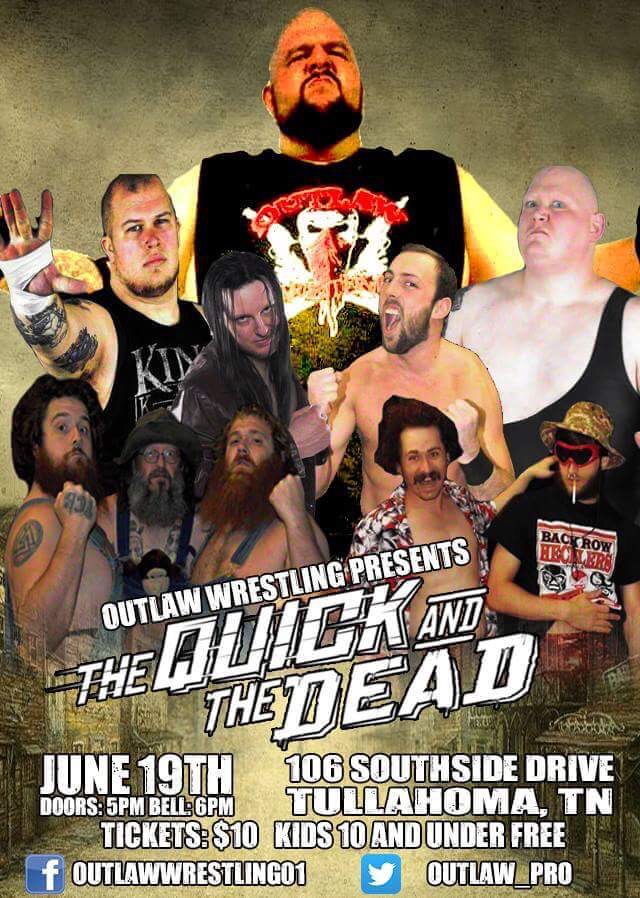