#1 Jason Kincaid (@GiftKincaid)-After being #23 in the 2014 IPR 100, it FELT like 2015 was a bit of a letdown as “The Gift” dropped to #69 in the 2015 IPR 100. It wasn’t a letdown at all. He still had a fantastic year and now it’s paying dividends once again for the future star from West Virginia. One of the longest reigning champions in wrestling (The NWA Southeastern Heavyweight Champion) added more gold to his collection over the weekend when he won the vacant MVW Title. He beat a who’s who of wrestling as he defeated Adam Page, then John Skyler, and finally Tommy Dreamer to win the title on 1/30. It was an insane list of talent that Kincaid beat and there’s no denying that his 2016 could easily top both his 2014 and 2015 the way things are going. Also of note is the fact that this is his very first #1 ranking despite an amazing 2-year run.

#2 Zack Sabre Jr. (@zacksabrejr)-Perhaps the best technical wrestler in the entire world JUST missed out on the top spot after two HUGE victories over the weekend in the U.S. First, the RPW British Heavyweight Champion took his talents to Maine where he defeated Chris Hero at Limitless Wrestling on 1/30 and then went to Beyond on 1/31 where he defeated Brian Fury. A 2-0 record against two of the best really helped to solidify him in the #2 spot this week. He did get a bit of support for the top spot, but in the end, Kincaid edged him out for the top honors. As always, we expect more big things to come from this amazing talent.

#3 Joseph Black (@BlackCloudJB)-This is the highest ranking yet for the NWA Mid-Atlantic Junior Heavyweight Champion as he defeated Cedric Alexander at PWF on 1/29 and then beat Hangman Jesse Logan on 1/30 to retain his title with a 2-0 week. While Logan may not be the most well-known wrestler out of his own area, there’s no doubt that Black’s win over Cedric Alexander was VERY impressive. Black has been owning the Mid-Atlantic area for the last several years and now he’s starting to get the respect and recognition he deserves. If you haven’t heard him on the Carolina Corner, you’re missing out. He is as intense as anyone in wrestling. Period.

#4 People’s Champ. AC Riley (@WrongAlexRiley)-This is by our count the third time that AC Riley has won the online voting competition (in singles) and the very first time he has been ranked in the official Top 10. He is the NEW RCCW City of La Crosse Champion after he beat Tylor Sundae at RCCW on 1/29 and then cashed in his title shot and defeated Nathan Sensation the same night to win the title to go 2-0 for the week. That title win combined with his 2-0 record got him on the ballot and the fans came through with 69 votes to help him become People’s Champ this week. Not only that, the fans’ votes played a big role in moving him all the way up to #4 with a GREAT ranking for his first time in the Top 10. Give his Facebook page a like at https://www.facebook.com/ACRileyWI

#5 Kimber Lee (@Kimber_Lee90)-She’s a Princess at CHIKARA and an ass kicker everywhere else. Kimber Lee, last year’s #10 in the IPR 100, came out swinging over the weekend, as she beat Jayme Jameson at SHINE on 1/29 and then fought Oleg the Usurper to a no contest in defense of her CHIKARA Grand Title on 1/30, and then teamed with Heidi Lovelace at Beyond Wrestling on 1/31 to defeat Chris Dickinson and Sami Callihan. A record of 2 wins and 1 draw gets her the #5 spot this week as she continues her success all over the independent scene. After achieving a HUGE amount of success in 2015, it will be interesting to see what 2016 will hold for not only one of the best female wrestlers in the world, but one of the wrestlers in the world no matter the gender.

#6 Brandon Adams (@BrandonAdamsSSW)-As far as total of wins and losses, Brandon Adams had as good of a weekend as anyone as he competed in SSW’s KOTB Tournament. On 1/30 he defeated Liam Thomson in the First Round, then beat Aaron Jeremi in the Semi-Finals, and then beat Saqib Ali in the Finals to win the tournament with a 3-0 record for the week. This Scottish talent got his first ranking this week and if he can continue to build on this momentum with more wins as the weeks go on, it likely won’t be his last.

#7 Tommy End (@tommyend)-The ICWA Heavyweight and ½ of the PWH Tag Team Champions scored one of the biggest single wins of the weekend when he beat Bad Bones John Klinger at wXw in Germany on 1/30. While there were no titles on the line and it was really just a battle of pride, beating last year’s #8 in the IPR 100 in a straight up one on battle is certainly impressive. Tommy End was one of the few wrestlers to get in on the strength of just one victory this week, but it was most definitely a good win.

#8 Liam Lazarus (@Liamlazarus)-Don’t overlook the week that Liam Lazarus had as he beat El Ligero and Prince Ameen in a Triple Threat at MEW UK on 1/29, then beat Nsereko the same day at TCW, and then beat TCW Open Champion Dan James on 1/31 by DQ. While he didn’t win the TCW Open Title, he did go 3-0 for the week with all of his victories being in singles competition. It was a tough week to call, but a win vs. a talent like El Ligero (and the others) was enough to get him into the Top 10 for the first time.

#9 Dave Mastiff (@DaveMastiff)-This soft-spoken behemoth and #72 in the 2015 IPR 100 finds his way into the Top 10 for the first time in 2016. The VPW Heavyweight Champion defeated Mike Bird on 1/30 to retain the title. It was a decent win, but it was that win combined with the fact that he also holds the PCW Heavyweight and ½ of the POW Tag Team Titles that helped him get into the Top 10 this week. To be fair, there were a lot of people who had a decent week, so narrowing it down was most definitely a difficult chore, but it’s good to see Mastiff back in the Top 10.

#10 Roy Wilkins-The CWF Mid-Atlantic Heavyweight Champion defeated Chet Sterling on 1/30 to retain the title. While he missed out on the IPR 100 last year, he’s definitely off to a good start this year. With 4 straight victories in singles to his credit, Roy Wilkins is riding a strong wave of momentum right now. With CWF running frequently, it’s likely that we’ll be seeing his name pop up in or around the Top 10 again very soon.

Check out the Indy Power Rankings Reveal as we’ve got Rude Boy Riley coming on: http://www.blogtalkradio.com/elitepodcastnetwork/2016/02/02/indy-power-rankings-reveal-rudeboyriley-live 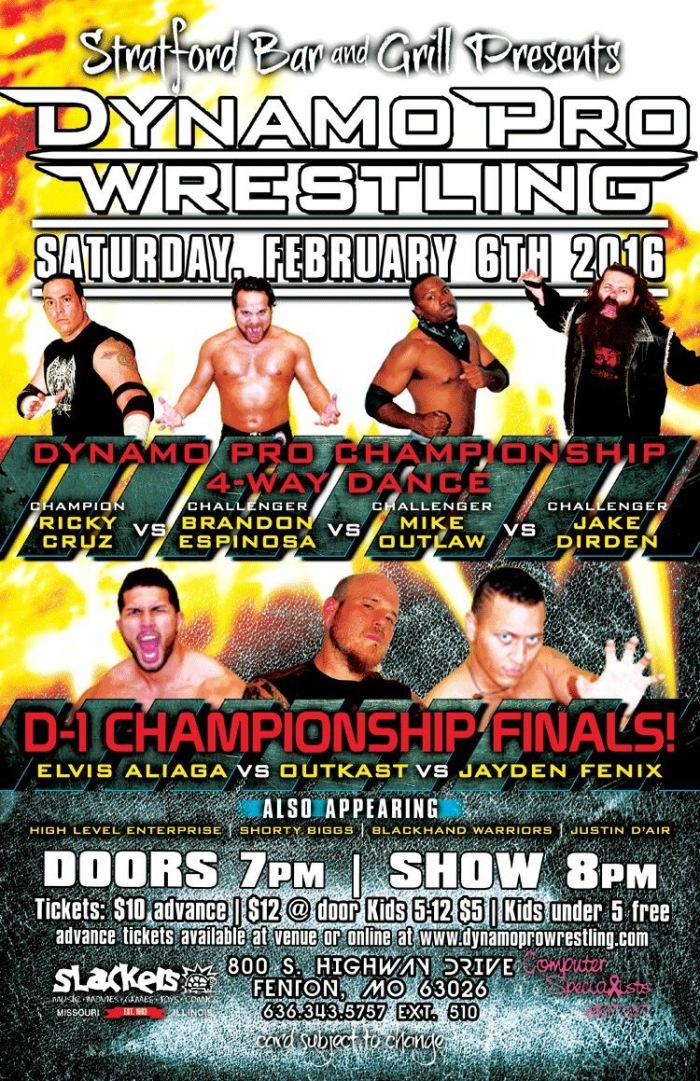