Skip to content
HomeWho should be #1 in the Indy Power Rankings for the Week of 3/23/15?

Next week’s Top 10 will be revealed on “The Indy Power Rankings Reveal” on Tuesday, March 24th at 3 PM EST as it will be another Hype Central Edition of the show! Be the first to know who got ranked, who got snubbed, and who is #1 this week! After we reveal the Top 10, we’ll be talking about VIP’s big return show on 3/28! Tune in!!! 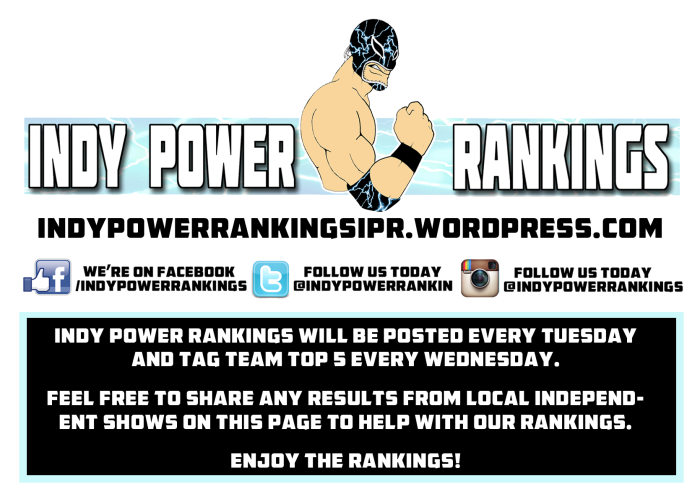