Next week’s Top 10 will be revealed on “The Indy Power Rankings Reveal” on Tuesday, February 17th at 3 PM EST as it will be yet another Hype Central Edition of the show! Be the first to know who got ranked, who got snubbed, and who is #1 this week! After we reveal the Top 10, we’ll talk about PWX’s next STACKED show on February 22nd! Also, a bonus segment with Chris Hero! Tune in!!!
http://www.blogtalkradio.com/fillingthevoidrn/2015/02/17/indy-power-rankings-weekly-reveal 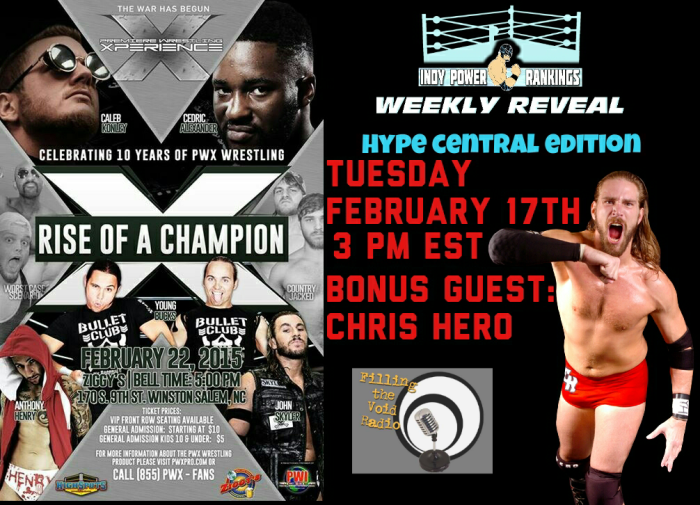