Let’s talk about the elephant in the room with the Indy Power Rankings and that’s what we call “the online voting competition” or “the fan poll” or any of the other names we use to call the poll we put up every Monday and Tuesday.

We consider the poll to be our general informational tool and the one stop-shop for the “Indy Power Rankings Official Voters” to reference when they’re determining who to add to their ballot when it comes time to vote. It is the week-long review of results from all over the world that gets us to that point. If you’re reading this and confused that there are “Official Voters for the Indy Power Rankings”, head over to indypowerrankingsipr.wordpress.com and click on the “About” page for a breakdown of how we handle voting every week or you can click here: https://indypowerrankingsipr.wordpress.com/about/

Also, every week we post a breakdown of how the Official Voters voted each week with the actual rankings (at the bottom of the posts). The fan vote is a portion of this final voting tally and the online voting competition is considered one official vote, meaning it is equivalent to one official voter. You can see a numerical example of how the breakdown works at the bottom of this post.

Is that too much power for the fan vote? Too little power? It’s tough to say. It’s the system we’ve been using for over a year and it’s been pretty effective so far. That being said, you might be wondering why the fan vote even matters if it’s just a portion of the final vote? Well, it’s a complex answer in some ways, but at the end of the day, the fan vote and specifically, WINNING the online voting competition to become “People’s Champ(s)” for the week has its advantages.

The first advantage to winning the online vote is that the wrestler who wins gets the advantage of getting an official #1 vote just like if any of the official voters voted for him/her at #1 in their ballot. That alone helps the wrestler or tag team’s ranking for the week. For example, if the official voters had shown a little bit of support for the wrestler/tag team but not enough to crack the Top 10/Tag Team Top 5, that official #1 vote can help them get enough “points” to get into the Top 10/Tag Team Top 5 as they may just pass up someone else who didn’t get enough support from the fans/official voters to get them into the Top 10/Tag Team Top 5. So right off the bat, the online vote could help someone get a ranking that may not have gotten one without the fan vote.

The second advantage of winning the online voting competition and becoming “People’s Champ(s)” is a simple one…WE WILL PROMOTE YOU! Does that mean anything to a Johnny Gargano or a Chris Hero? Probably not and honestly, they don’t need the benefit of what we’re trying to do. They’re established and likely really wouldn’t get much out of becoming “People’s Champ” other than whatever the bragging rights are of having that type of fan support. Who it helps the most are some of the “smaller names” who aren’t as established yet. Now that is not a knock on anyone who has EVER won the online voting competition AT ALL. It’s just our way of trying to give back to the independent wrestling community and wrestlers who go out and break their necks without getting the recognition that some of the bigger names get on the indies.

What do we mean by saying that we will promote you? Just send us your plugs! We’ll RT whatever you want us to retweet, we’ll tell the good people to follow you on Twitter, and we’ll share whatever merchandise you’d like to have promoted for a FULL WEEK. Even the Official overall #1 isn’t getting that type of support from us in terms of promoting their brand. Granted, we realize that a “#1” sounds more appealing than being called “People’s Champ(s)” but we like to give a little motivation for independent wrestlers to go get that support in the online vote and to go WIN in the spirit of what we love…and that’s competition.

Lastly, if you ever feel like we’ve snubbed you or your favorite wrestler from the poll and said wrestler/tag team is not on there, just hit us up with the result that should be enough to get them on there (keeping in mind that it has to be related to the week of the poll)! It’s never our goal to ignore people or not give them every opportunity that anyone else on the indies has to promote their stuff, but as always, we treat wrestling like a sport, so WINS MATTER. Having great matches is awesome for entertainment value, but at the end of the day, you do have to win and try to win big to get ranked or to be on the poll. We say this a lot but the best ways to get ranked are by:

We’ll leave this post off with what we consider a testimonial to what this can do for certain wrestlers. Cassidy Cain posted this on his personal Facebook page after winning the January 12th, 2015 online voting competition, so hopefully the below conveys what it means to the guys in this business who are just doing their best to make a name for themselves:

Sixteen hours. I only found out about being put on the Indy Power Rankings ballot 16 hours ago. I asked my loyal amazing ballin ass fans to vote for Cassidy Cain – Professional Wrestler on a whim to be Indy Power Ranking’s People’s Champ of the Week. And in only 16 hours, nearly TWO HUNDRED people voted to make me number one! Not only did we win, but we won with like a 40 vote margin or somethin like that! And I was in a class with the best freakin wrestlers around! From Sugar Dunkerton, to Zakk Spades, to the Crist brothers, to Matt Hardy, to Alberto friggin del Rio. And Cassidy Cain’s fans came to represent!!!

I didn’t win any poll, YOU won! Thank you all for continuing the greatest week I’ve had in a long time, and it’s all thanks to you guys. Everything I do is for you. Thank you a thousand times over. I gotta do something fun for you guys now. I’ll think about it and get back to you. I would never call myself the greatest wrestler in the world…But I for damn sure have the greatest fans in the world! Love you all! Thanks again! 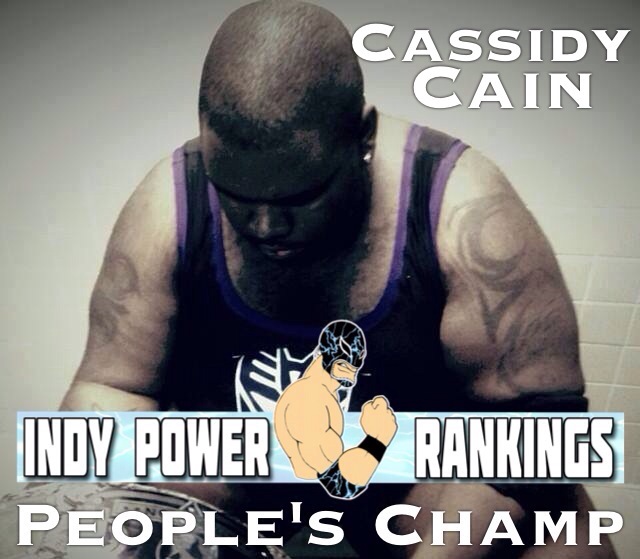 As always, we welcome feedback! 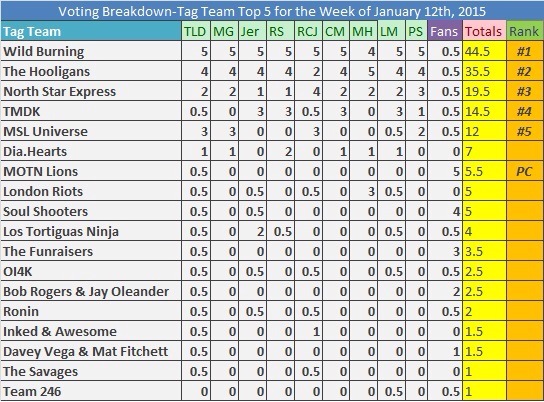 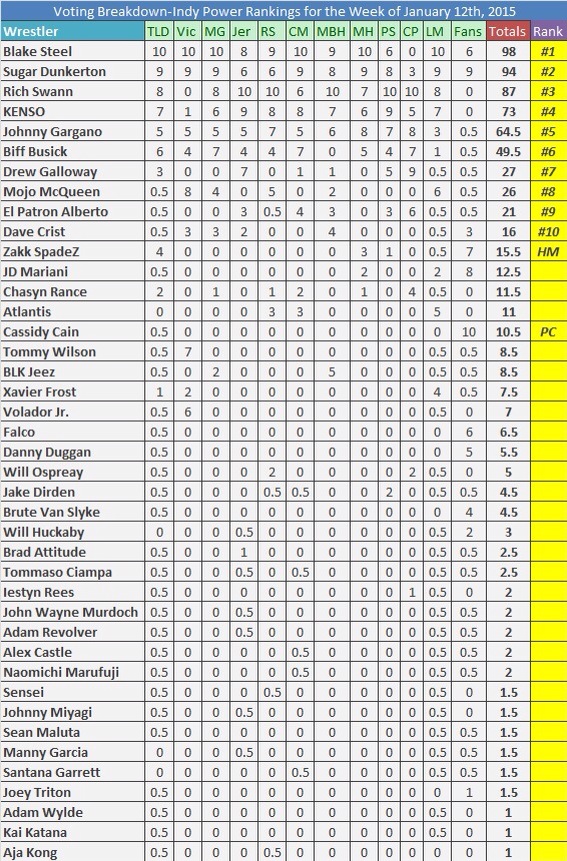