Winner of the online voting competition is “People Champs” for the week AND helps their overall ranking! There is no award for second place but all votes that come in add to the tag team’s final ranking so vote away!

Winner of the online voting competition will have their social media, merchandise, upcoming events, etc…promoted by us for a full week!

Next week’s Top 10 will be revealed on “The Indy Power Rankings Reveal” on Tuesday, January 13th at 3 PM EST as it will be another Hype Central Edition of the show! Be the first to know who got ranked, who got snubbed, and who is #1 this week! After we reveal the Top 10, we’ll talk to Chris Shore about Pro Wrestling NOW’s next STACKED show on January 17th! Tune in!!!
http://www.blogtalkradio.com/fillingthevoidrn/2015/01/13/indy-power-rankings-weekly-reveal

Also, be sure to tune into IPR Live as John Wayne Murdoch makes his host debut, speaking with Devon Moore & Corporal Robinson!
http://www.blogtalkradio.com/elitepodcastnetwork/2015/01/14/indypowerrankingslive-w-devon-moore-corporal-robinson 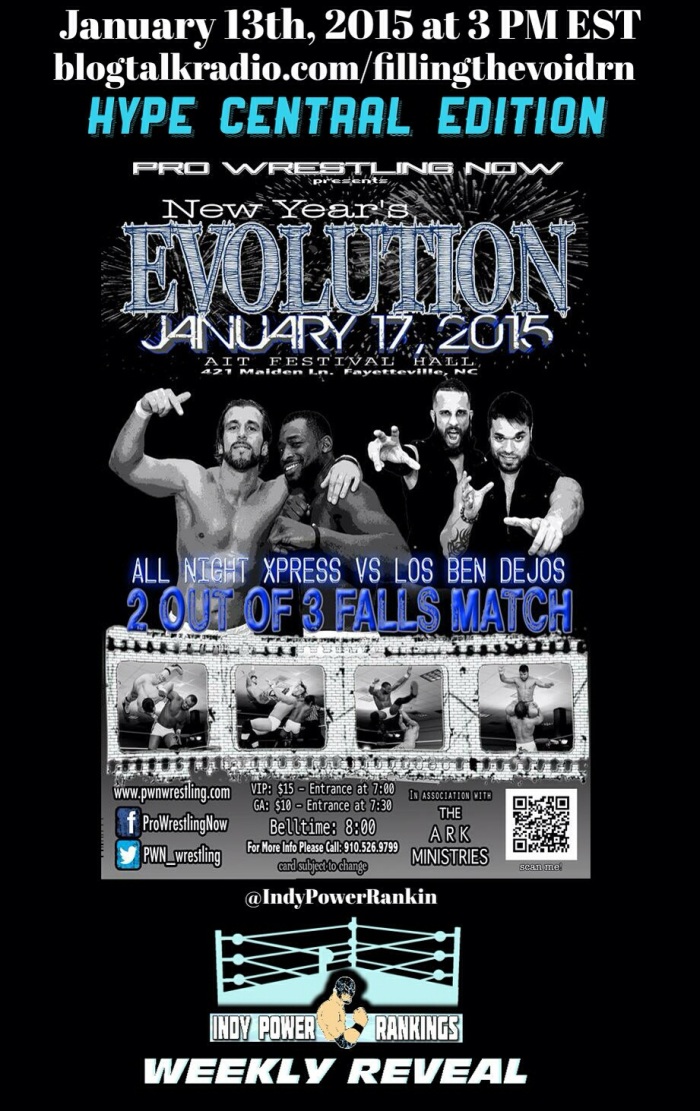