​​​
1. reDRagon (Kyle O’Reilly @ROHOReilly & Bobby Fish @TheBobbyFish)-The ROH World Tag Team Champions and “best team on God’s green…” score their SIXTH #1 ranking this week after not only winning the New Japan Super Junior Tag Team Tournament vs. The Young Bucks (in the Finals on 11/3) but by adding more gold to their collection by defeating The Time Splitters for the IWGP Junior Tag Team Titles. This ranking puts them right behind Juicy Product (with 8) for most times in the #1 spot this year for a single tag team. They did everything any team could possibly do to get the #1 ranking yet again this week and they were rewarded among the official voters with a clean sweep of the ballot. Keep in mind our official voters consist of voters from across the world. reDRagon’s favorite quote may just be a reality at this point. Who can really argue with them? #3 in the online poll with 26 votes.

2. Young Bucks (Nick Jackson @NickJacksonYB & Matt Jackson @MattJackson13)-Had they defeated reDRagon in the finals of the New Japan Super Junior Tag Team Tournament, the rankings could have looked a bit different this week, but their one loss cost them the #1 spot this week. Their week was still absolutely nothing to be ashamed of as they went 3-1 on the week. They have won 10 of their last 11 matches and the rankings the last few weeks have shown just how good they’ve been lately. Best tag team in the world? Possibly, but for the first time they’re not holding any major titles like they have in the past. Will that change before the end of 2014?

3. BULLET CLUB (Karl Anderson @machinegunka & Doc Gallows @ImpactDOC)-It’s been a few months since the IWGP Tag Team Champion cracked the top 5. They went through a slow period, but they have picked up their winning ways in a major way. They had a valid argument for #2 this week, but they end up with the #3 ranking as they have only 1 straight up 2 on 2 tag team victory in their last 10 matches. That being said, they’ve still been victorious in ALL of their last 10 matches, which is obviously easier said than done in New Japan with that level of competition. With the Tag Team Top 50 approaching, they’ll need to pick up some wins to really push themselves into one of the top spots before the end of the year.

4. Moose (@MooseNation69) & RD Evans (@Oh_Robert_Evans)-Well this is a tag team that most people probably didn’t see coming. With 6 straight wins, including 2 over the weekend vs. J. Diesel & Jake Dirden on 11/7 and The Decade (BJ Whitmer & Jimmy Jacobs) on 11/8, this makeshift tag team is starting to get some serious traction in ROH. The one thing they lack that the 3 teams in front of them have had at one point or another (or currently) is gold. If this team can continue to shock the world and somehow add some gold to their waists, there’s no doubt they can find a way to crack the Tag Team Top 50 this year. That may be too lofty an aspiration in 2014, but who knows what will happen in 2015? Maybe that will be their year. Don’t doubt them.

5. The Brutes (Mark James @RealMarkJames & Jimmy Parker)-It’s been a while since we saw this tag team in the Top 5. Maybe it’s long overdue? Regardless, on a week filled with a ton of talent, these guys who just keep toiling away on the indies, get themselves into the Tag Team Top 5 once again. It was a toss up at the #5 spot but the official voters apparently had a lot of respect for the way The Brutes have gone about their business in 2014 as they scored another victory this past week vs. Chris Lea & The Mac at UIW on 11/9. Not only that, they performed well in the online voting competition to secure the #5 spot this week. More proof of how important the online voting competition can be to a team (or singles wrestler)’s ranking. #4 in the online poll.

Our Website (where YOU can participate in the weekly online poll voting): https://indypowerrankingsipr.wordpress.com/
Our Facebook page: http://www.Facebook.com/IndyPowerRankings
Also search “Indy Power Rankings” for our open Facebook group where anyone on the indies can promote their various merchandise, fan pages, and upcoming events
Our Twitter: @IndyPowerRankin
Our Instagram where we SPOIL the Indy Power Rankings/Tag Team Top 5 #1 every Monday and Tuesday Night before you’ll see it anywhere else: @IndyPowerRankings
You can listen to the IPR Live here (this week’s guests were Josh Crow & John Wayne Murdoch…being later joined by Harry Palmer, Mitch Page, and Randi West): http://www.blogtalkradio.com/weeklywrestlingpodcast
Check out the Indy Power Rankings Reveal on Filling the Void with special guest, John Cosper: http://www.blogtalkradio.com/fillingthevoidrn/2014/11/11/indy-power-rankings-weekly-reveal
Give Strong Style Wrestling (@StrongStyleWres) and The Hooligans (@BeardedBullys) a follow on Twitter and help them get to 2,000 followers!
​​ 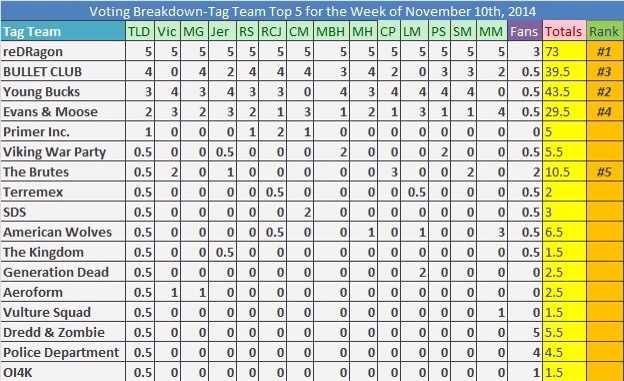 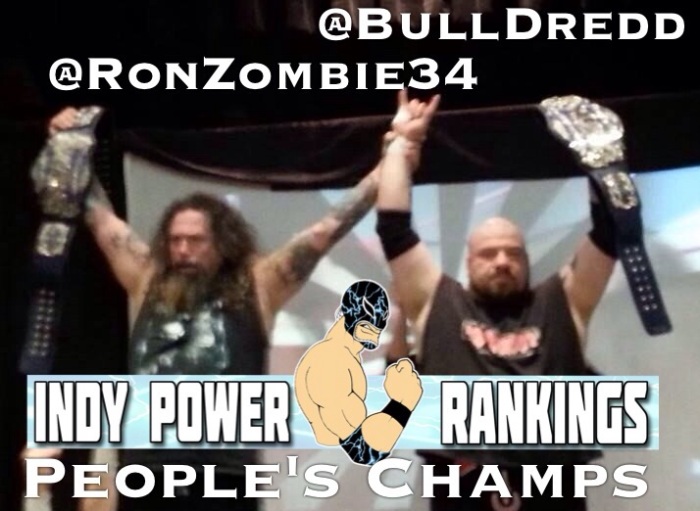