Winner of the online voting competition is “People’s Champ” for the week AND helps his/her overall ranking! There is no award for second place but all votes that come in add to the wrestler’s final ranking so vote away! 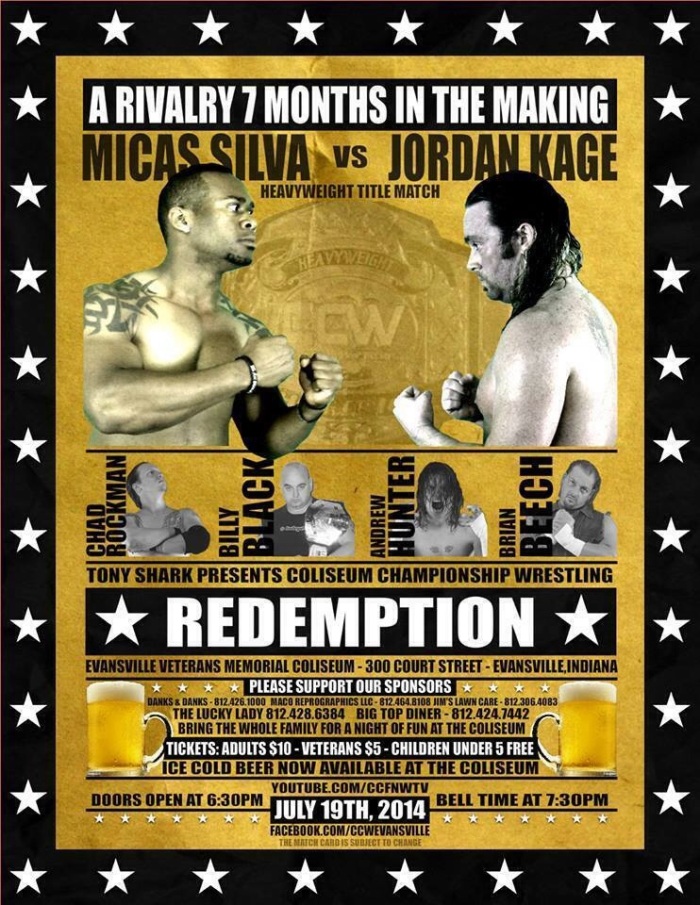 Results and News from Redemption 7-19-14

50% Owner of CCW Tony Shark opens the show and states Micas Silva could not make it to the event and he had a more than suitable replacement to challenge Jordan Kage for his CCW Heavyweight Title later in the night.

1. 3 Way Dance: Andrew Hunter def. Nate Cross & Aidan Blackheart with Cross being pinned by Hunter. Both Hunter and Blackheart will go on to the Ladder Match at the JC Bailey Memorial Cup to compete for the new CCW Tri-State Title.

Alister Fear was inducted in the CCW Hall of Fame after announcing his retirement from active wrestling. Billy Black and J-Boy joined Alister in ring to Celebrate. After they made there exit the rest of the Fear Family came down to congratulate Alister only to in turn smash the plaque over his head and led to bloody brutal assault.

4. Maxx Mizery retained his CCW Hardcore Title over Billy Black in a Barbed Wire Bat on a Pole match due to a low blow and pull of the tights.

6. Brian Beech def. Derek Neal in a brutal Leather Strap Match. Post Math The Fear Family hits the ring aiming for Beech only to be run off by Billy Black and Jimmy Feltcher.

Stay Tuned for more first round match ups!!! See you at ringside!!!! 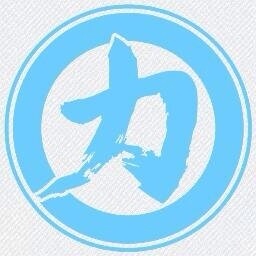 Thanks to TSW owner/operator Derik Vanderford for results.

1/2 of the TSW tag champs Dirty pinned Kameron Kade in the opener.

The other half of the TSW tag champs Deon Johnson defeated ‘Mr # 1’ George South.

Roni Nicole was introduced to TheTommy Thomas and the crowd.

WWE Hall of Famer Jake “The Snake” Roberts spoke to the fans in attendance.

In the main event, Trans-South Wrestling heavyweight champion Stro Maestro (w/ Thomas Simpson) was disqualified in his match against Alex Avgerinos after Stro would not release the chicken wing.

Ricky Morton then rushed the ring and broke the hold. Stro and Morton exchanged words and a match was made for The BRAWL at Broad River Electric on Aug. 9. 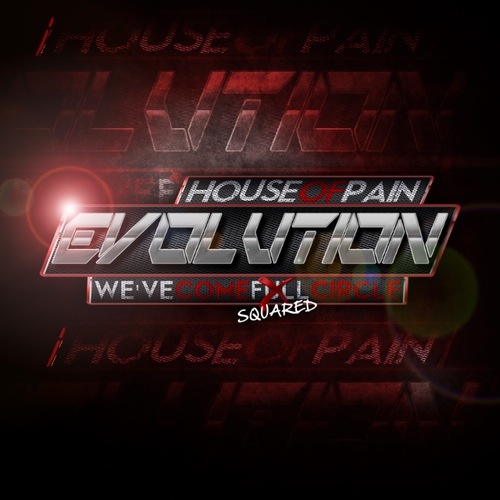 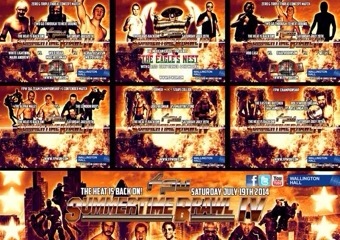